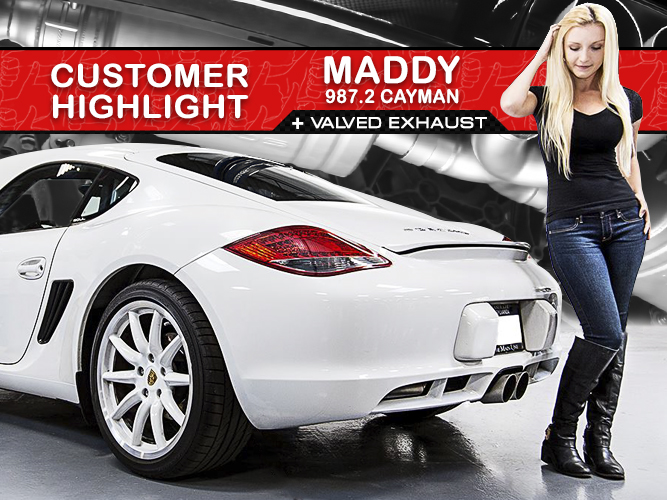 What project cars lead up to your Porsche ownership?

I purchased an Audi B6 A4 four years ago to learn how to drive stick. I ended up getting downpipes and a tune for it just for fun. Being in college for the past four years prevented me from buying a project car and I knew I just had to wait until I was done with school. I always loved Porsches and dreamed of owning one and when I saw the Cayman S, I knew I could make that dream a reality. After a long time of working hard as an NICU nurse I was able to purchase a 987.2 Cayman S!

What are your passions?

I spent four years in nursing school so  I was passionate about studying to make sure my GPA was high enough to get into anesthesia school in the near future. Other than the massive amount of time I spent studying, I really enjoy snowboarding. I also have been into cars since I was 13 years old. I’ve attended many car shows and meets over the years admiring the cars I hoped to one day purchase, so it’s unreal that I finally own one of my dream cars.

What lead you to SOUL and how do you like your system?

I heard about SOUL from a friend who owns a 981 and has their valved exhaust and headers on his car. I absolutely loved how his car sounded and knew I wanted to get their exhaust on my car as well. I spent countless hours listening to exhaust videos on YouTube beforehand and SOUL by far was the best sounding system! I knew even before I bought the car that I wanted SOUL’s system on my car. 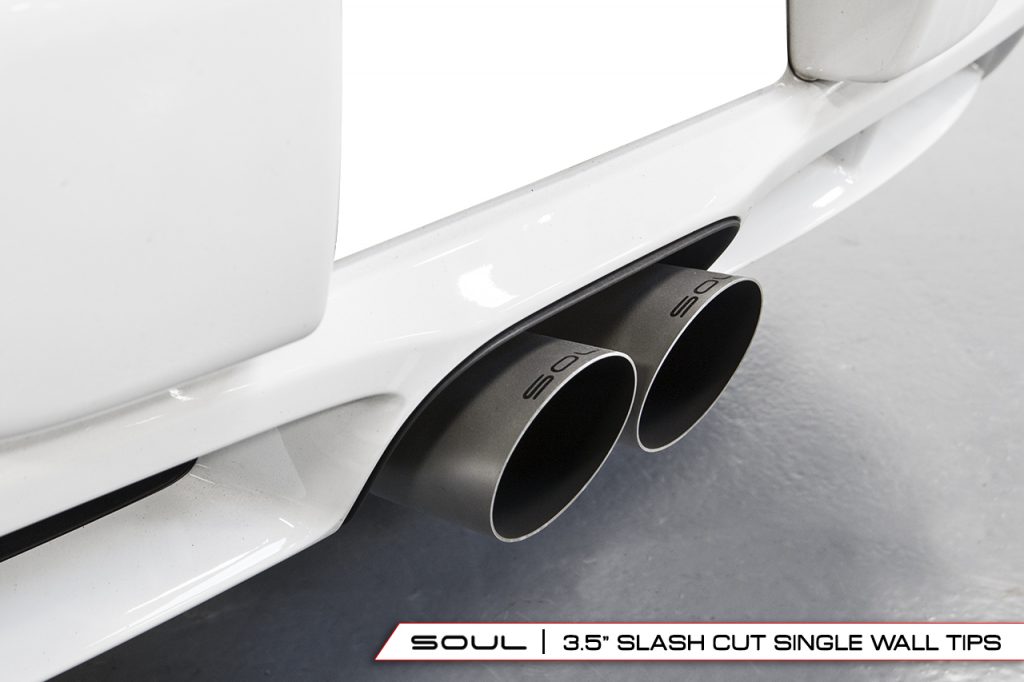 Future plans for your car?

Future plans I have for the car are a few different things. I really would like to eventually get SOUL’s Competition Headers! Other than that I would like to get springs, and possibly some Techart exterior parts, like side skirts and a wing. I also have many other tiny things I’d like to do just for appearance. I plan to own the car for a long time and hope to get it out on the track next summer!

@maddynielsen says no to stock! Maddy has had her car for a week and just upgraded her 987.2 Cayman with a SOUL Valved Exhaust. Be like Maddy. #soulperformanceproducts #chicksthatdrivestick

A post shared by SOUL PERFORMANCE PRODUCTS (@soulperformanceproducts) on Sep 29, 2017 at 2:41pm PDT