Exceed the performance of the 991 GT3 with a 600whp+ 991.1 Carrera! After thousands of miles of street testing, several hundred dyno runs, and numerous track days, the RR Racing Supercharger Kit is a reliable way to take your Carrera into new performance territory!

Our friends at RR Racing have announced availability of their Supercharger Kit for the 991.1 Carrera. We experienced this supercharger kit in person, and it did not disappoint. We’ve seen many turbo/supercharger kits for various applications over the years, and quite frankly this is one of the most impressive ones we’ve seen to date. The attention to detail and quality of the components is second to none, and the performance is superb. Just listen to the sound of the kit paired with our Long Tube Competition Headers!

One of the best indicators of real world performance is the 100-200kph acceleration time (62mph – 124mph). This acceleration range is typically what you would see at the track exiting a corner and accelerating onto a straightaway. Using a VBox GPS accelerometer, RR have measured 100-200kph times with our Stage 1 configuration of only 7.36seconds, which equals what you would expect from a 991 turbo, and is quicker than a 991 GT3 (approx. 8 sec) or stock Carrera S (approx. 9 sec). 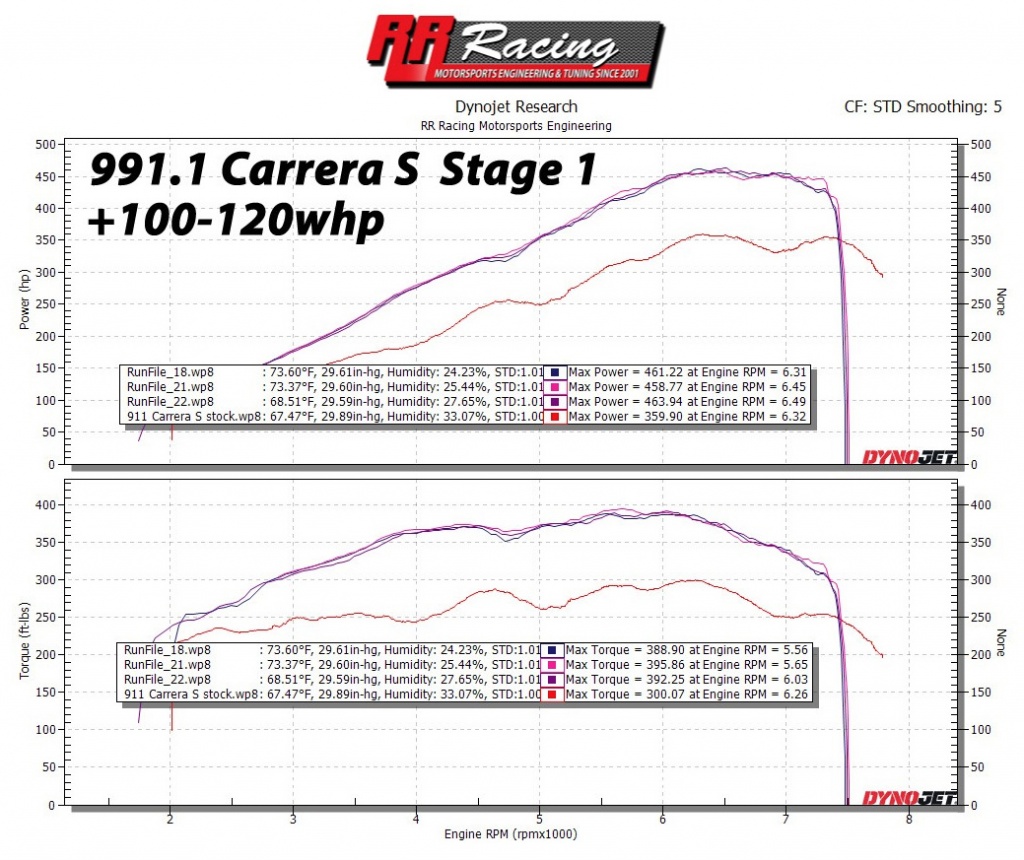 Questions? Comments? Considering a build of your own? Let us know – our experts want to help!