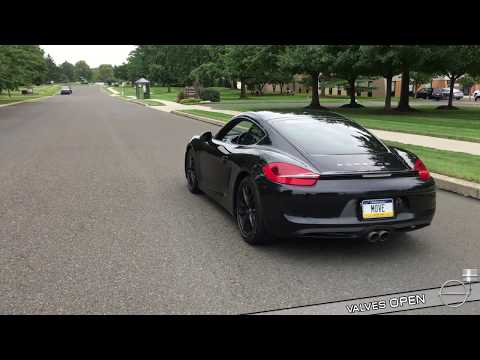 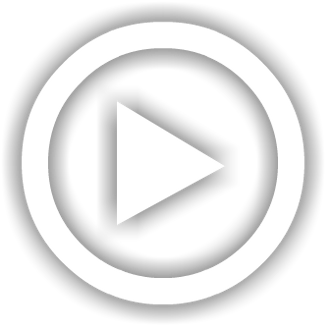 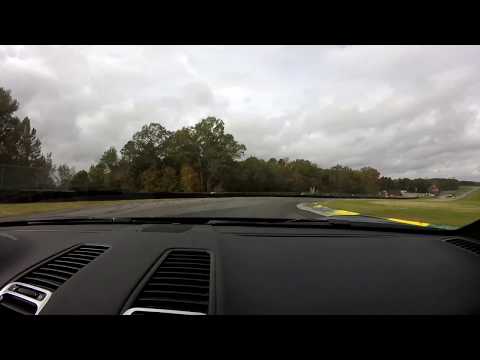 Expect a sophisticated sound with valves closed and a flat-six wail with valves open by pairing our Valved Exhaust System with Long Tube Street Headers for performance gains without a check engine light. Soul Performance Products Long Tube Street Headers are built around large diameter, free flowing HJS HD 200 cell catalytic converters with long tube runners for maximum gains in power, throttle response, and flat-six engine tone. With valves closed the exhaust tone is perfect for a daily driven car – have no worries about being fatigued by excessive volume or droning. Once the valves open, be prepared to seduce all who surround you with an intoxicating symphony as the full tone of the flat six makes it way out the straight-through exhaust flow path and exits through stylish tips of your choosing. We’re proud to offer you the perfect exhaust solution and back it up with an industry leading Lifetime Warranty.

DETAILS
+  Fits all Porsche 981 Cayman / Boxster vehicles (2013-2016)
+  Added performance without a check engine light
+  Direct bolt on installation – instructions included
+  Choose from a variety of tip styles and finishes – or customize your own!
+  All Soul Performance Products exhaust components are backed by a renowned Lifetime Warranty for both street and track use

DEVELOPMENT AND TESTING:  By creating a unique application for the 981 platform, we’ve focused on sizing the runners (2”) and collectors correctly to extract maximum power from the 3.4L engine while producing great gains from the 2.7L as well. We chose HJS HD 200 cell catalytic converters of an appropriate size to encourage maximum power gains. Don’t settle for smaller, cheaper catalysts when power and durability is concerned. We wanted to be certain that our system offered a superior spectrum of sound – Cup car inspired with valves open but with a refined, no droning tone with valves closed. The SOUL mufflers practically eliminate droning – even with aftermarket headers the sound is reserved with valves closed!

CONSTRUCTION: Our precision engineered headers are meticulously fabricated from T304L stainless steel.  Proven design elements including port matched flanges, smooth radius primary tubing, and collectors that optimize the exhaust flow all work in conjunction to maximize power gains. Every set is rigorously quality-checked prior to shipping. Each system is made from mandrel bent T304L stainless steel tubing and features mufflers with fortified casings in the interest of durability. HJS CATALYSTS:  The highest quality catalytic converters available, known for their industry leading flow and durability. They are efficient enough to meet strict EURO 4 emission standards while still allowing for an increase in flow – all without a check engine light. The HD design uses premium triple foil winding for maximum strength. The brazing stripe is an extra feature in the interest of durability – it prevents the core from moving or experiencing any damage from sustained high horsepower abuse. We use a large and appropriately sized catalyst to allow for maximum gains – no compromises here! 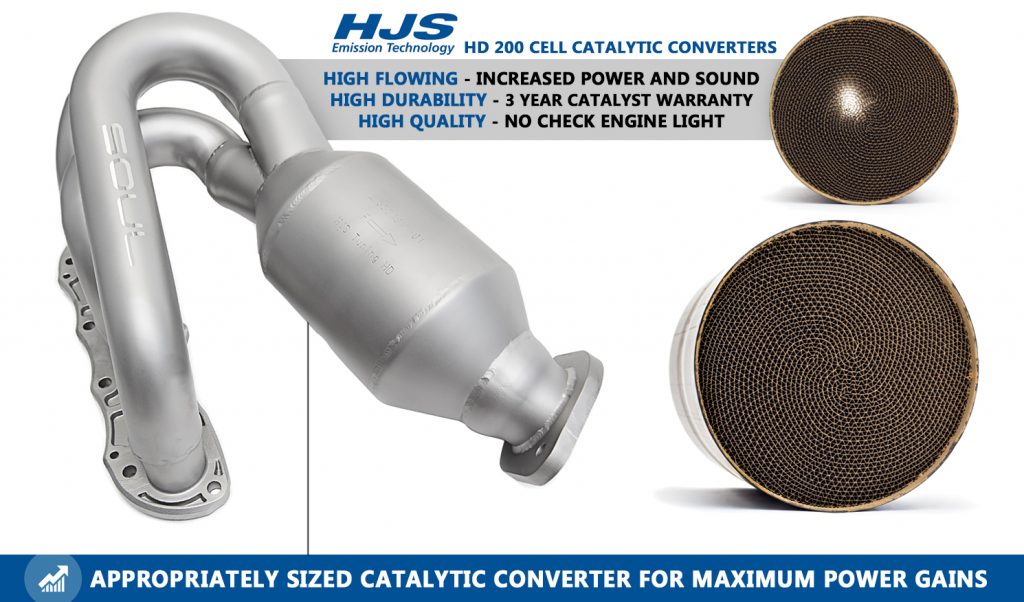 BOLT ON AND GO:  Each exhaust is rigorously quality-checked, tested in a fixture to guarantee fitment, and then foam packed to ensure it arrives in perfect condition. Thorough installation instructions are included in the box for a straightforward install that can be performed by most DIY enthusiasts.

LIFETIME WARRANTY:  Enjoy your SOUL exhaust components with confidence on both the street and track as they are covered for life! Our team will quickly work with you to resolve any issues or answer any questions that you may have. We cover our HJS catalytic converters with an unprecedented 3 year warranty while the headers themselves are backed by our Lifetime Warranty.