Did you know you can race a Porsche from home in the PCA Sim Racing series!

In 2019 Porsche launched an online racing series for those with digital skills to put them to the test. “The eight-race series is specifically geared toward PCA members with PC-based sim racing experience, particularly in iRacing. The top 60 fastest and safest drivers will have exclusive access to race with fellow PCA members on eight iconic North American race tracks. The top 30 qualifiers for each event will go on to race in a 45-minute live broadcasted event including two commentators, graphical display of the race running order, racers’ names and even the racers’ PCA Region logos. The entire series will be professionally hosted and broadcast by Podium eSports, LLC on the iRacing eSports Network. Racers who qualify 31-60 will race in a separate 45-minute race with published results. The top-three finishers in the championship series will not only have National PCA bragging rights, but amazing awards as well. The Porsche Club of America Sim Racing series has been created to emulate the PCA Club Racing program by racing on the same tracks, in the same cars as the PCA Club Racing GTC7 class.”

The league is split into 3 classes, Pro, Sportsman, and Rookie. They determine class size off of your iRating that is decided through online racing results. IRacing is currently the king of online racing and is used now by all of the IMSA, F1, Indy, NASCAR pros and they have even begun online series due to the cancellation of real racing. All cars on the field are the Porsche 991 RSR GTE with the only allowable adjustment being brake bias. Sign up to race here!

Chris’s real life rides are a Cayman with SOUL Competition Exhaust Package and a bobsled for Team USA in hopes of Olympic gold, but online he races wearing the SOUL banner in a Porsche 991 RSR GTE!

“My background is pretty wide ranging but I have always wanted to be a race car driver. I grew up in NC playing sports, primarily Ice Hockey and my parents were never interested in motor sports. I went to college and played football and ran track, and left school to join the military and trained into Air Force Special Operations as a Special warfare office (formerly known as Special Tactics officer). From there I raced motorcycles a little less than a year after learning to ride them, but in between deployments and family duties I couldn’t finish a complete season. I decided to tryout for the USA bobsled team in an effort to reach the Olympic games and through the a prior teammate I got into iRacing. I’ve been SIM racing for a little less than a year and found out about the Porsche Club of America’s SIM league and based on my iRating and skill I was placed in the PRO class. My goal is to eventually transition to a real car but with my current schedule the SIM racing world is scratching my desire to go fast. I hope to race in a GT3 cup car or Cayman GT4 one day.” 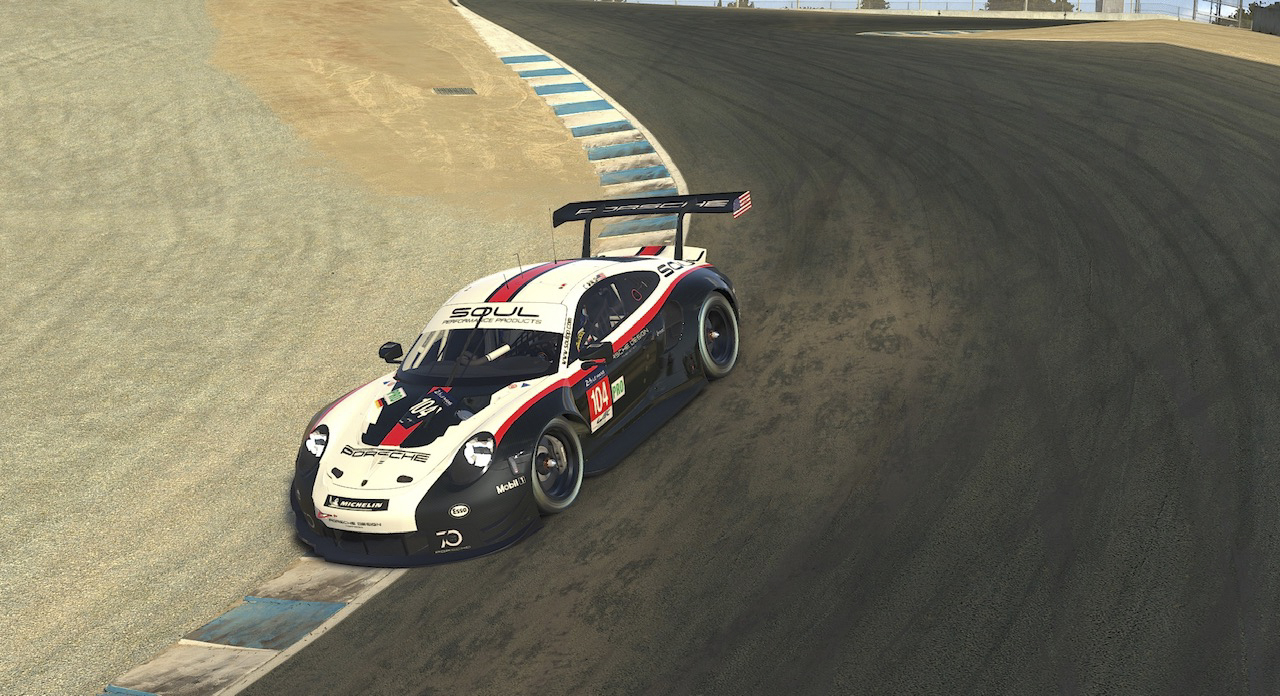 Minimum requirements to get ready to race:

Depending on level of immersion you desire, setups can range from $1,000 to easily over $30,000 for the highest end rigs and components. Chris’s current setup is in the lower range around 3-4k but performs just fine. 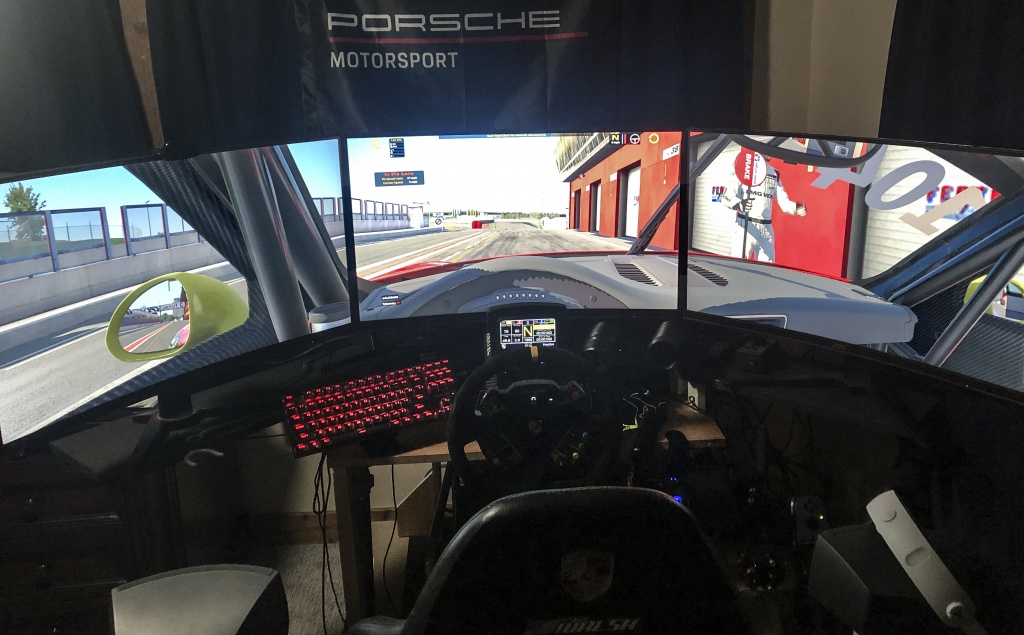 Watch tonight’s race, Round 4 at Spa, as Chris gives it his digital all: