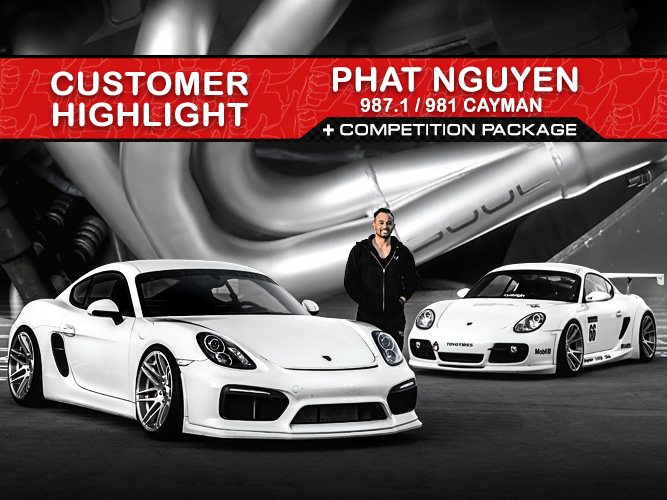 What project cars lead up to your Porsche ownership?

Before I bought my first Porsche I owned a 1993 single turbo widebody RX-7. I had that car for 10 years and it taught me a lot of lessons about cars and money especially after going through 5 motors. It was fully built but not reliable. After 10 years I decided it was time to grow up and move on. I was in the market for a Honda S2000 but my friend suggested “why don’t I try getting something higher end.” I was never really into Porsches to be honest. I wasn’t a huge fan of 911s at the time, but I always had a thing for the Cayman. The side profile of the RX-7 and Cayman are pretty similar as they are both hatches. Maybe I’m just drawn to that styling. There’s something about it being an underdog in the Porsche lineup that was very appealing. Also there weren’t very many crazily modded ones at the time.

What are your passions?

Other than cars – fitness is a huge one. I’ve been obese almost my entire life. I’ve lost 85lbs and that’s completely changed my everything for me. It made me less lazy and that gave me the work ethic to work my way up to owning Porsches. Now I maintain it and help coach others. Other hobbies also include cooking and guns. 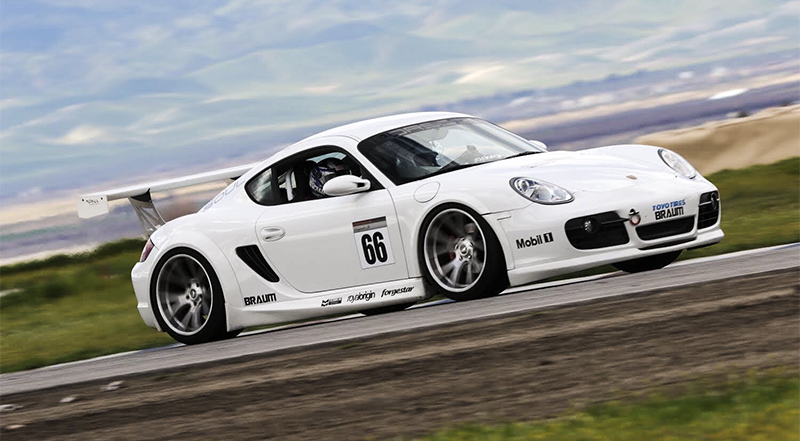 What lead you to SOUL and how do you like your system?

I like that SOUL was a new brand with a quality product with nothing but good reviews. Also, Soul is very active on social media, which is the future in my opinion. I liked that it gives me the performance and sounds I’m looking for.

That’s a long list for either car haha. The Caymans are really underpowered and being N/A I had to do literally every mod I can think of to squeeze as much power out of them as possible.

If you could own any car what would it be?

I have one of my dream cars, it’s the 981S in PDK. Its perfect. I love everything about it, just wish it was faster. My dream dream car I fantasize about owning though, is a Lamborghini Huracan. Honorable mentions for dream dailys would be a Mercedes C63S coupe and Jeep Grand Cherokee SRT.

What do you do for work?

I am a Structural Senior CAD Drafter. Basically I draw building in 3D and make the blueprints for them and stuff. I also have some side businesses such as car rentals and weight loss coaching.  I also make uprights for wings or sell some car parts here and there.

@phat_eee 981 Cayman S hit the dyno to measure gains from our Competition Headers and @ipdplenums plenum and GT3 throttle body on top of his existing SOUL Valved Exhaust, intake, and ECU tune. Comparing the average performing run of both sessions shows gains of 26 whp (303->329) and 24 ft-lbs of torque (276->300). 👍🏻 #soulperformanceproducts

A post shared by SOUL PERFORMANCE PRODUCTS (@soulperformanceproducts) on Jun 6, 2019 at 10:17am PDT

A post shared by SOUL PERFORMANCE PRODUCTS (@soulperformanceproducts) on May 24, 2019 at 1:25pm PDT